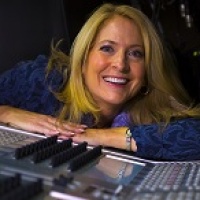 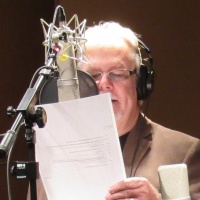 Laci’s voice allows het to play children, adults or teenagers. Her high pitch gives your projects a fresh and natural touch, always in the right tone.

Debbie offers you a medium adult female voice, relatively neutral. Her acting skills allow her to reach the perfect tone and to give all kinds of emotion!

Herb has a deep, warm and reassuring voice. His pitch is appropriate for trailers, elder characters or relaxing atmospheres.

English is one of the most spoken languages of this era, essential along with Spanish to communicate in the western world. Since the Cold War it has remained the carrier of Anglo-Saxon culture in the whole « western bloc », as primary tool of the Soft Power. Nowadays, it is also a must for international marketing and on the internet, the key to many opportunities.

But the English-speaking world is as diverse as it is broad and here, we will focus on American English. Indeed, the accent from North America is the one most commonly used in international context. If you are choosing English to be understood over the world, then a voice over from Canada or United State is probably the best option. You may have also heard of « Globish », an English which does not take into account cultural differences regarding vocabulary or accent… it is mostly a starter level English that will allow you to be understood abroad, from people of the same English level. You will definitely have a more professional result by using a native’s voice.

Native North American and professional: That sounds exactly like our voice actors! You will easily find the voice you need among them. All of our talents have been selected for their vocal and interpretation skills, so they can adapt to your project.