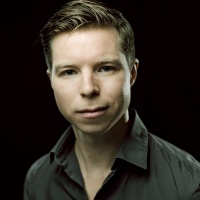 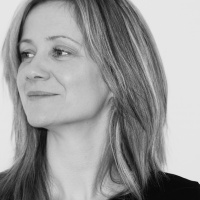 Eli has a friendly and light voice. A bit like your best friend, it can bring you the smile, or move you sincerely. Ideal to make your project sound the best!

You can trust Greg for your promotional projects. His voice, clear and dynamic, is perfect for a catchy result, with a typically British touch.

Claire’s voice gives a unique vibe to your project. It can be soft and reassuring or get very intense! A choice to consider for a trailer or thrilling project.

English is one of the most spoken languages of this era, essential along with Spanish to communicate in the western world. Spread over the world by the early globalisation, during the Victorian Era, it has become a strong diplomatic tool, helping intercultural understanding. Nowadays, it is also a must for international marketing and on the internet, the key to many opportunities.

But the English-speaking world is as divers as it is broad and, on this page, we will focus on British English. Indeed, English comes from England, that is obvious. What is less obvious is that the English accent is not necessarily the most common one, or the international reference. First, an English will tell you there are various accents in England, in the south or the north for instance, or even in different parts of London! Furthermore, the United Kingdom includes England, but also Wales, Scotland and Northern Ireland… What is called « British accent » is actually the one from the south of England, it can be heard on the BBC for instance.

The accent won’t be a problem for our voice actors, British native speakers. You will find the voice over you need among our selection of professional and versatile talents. They will know which tone to take to meet your needs, and how to modulate their voice to match your project.