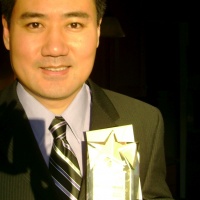 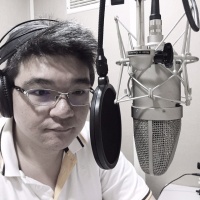 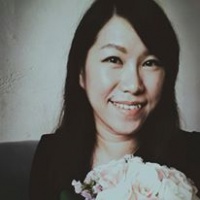 Whuzi offers you his soft and warm voice, which he can make serious or severe if needed. His pitch also allows him to play relatively old characters.

Seraphin’s voice is flexible and can easily turn young and dynamic. It is the voice you need to bring positive energy or a fresh touch to your voice over project.

You can count on Hazel to offer you a cheerful, young and touching voice. Her high pitch allows her to reach a child voice if required, but it can also get neutral and sober.

Many languages and dialects are spoken in China, based on a common written language but with different pronunciations. Among these Chinese languages, Mandarin is the most widely spoken. There are almost ten language groups considered as major in China, including Wu, Cantonese or Min. But they are considered as dialects, in contrast with Huayu, which refers to Mandarin and actually means “language of the Chinese nation”. Chinese Mandarin is the first native language of the world, far ahead from English, with almost 900 million speakers on the planet.

Actually, “Mandarin” initially designated the group of dialects that are spoken in the widest region of China, including the North, the center and the South-East of the country. Now the term “Mandarin” is commonly used to refer to Standard Chinese, also called Modern Standard Mandarin. This is a version of the language that has been standardized to become the official language of the People’s Republic of China, of Taiwan and one of the four of Singapore as well. This is also the language we often refer to as “Chinese” in international context, such as the United Nations, where it is one of the six official languages. You may also have heard about “simplified Chinese” and “traditional Chinese” but this is a completely different distinction, only relevant regarding the written language, while Standard Chinese refers to a specific oral language.

If you are searching for a Chinese voice over, your script may be written in simplified or traditional Chinese, but you probably need it pronounced in Standard Mandarin. As for any Chinese language, Mandarin phonology uses four different tones: depending on the way you pronounce a “same” syllable, it can have four different meanings, that will most likely have no correlation at all. Therefore, it is of primary importance to get help from a Mandarin native speaker. This is why we offer you the services of Chinese native voice actors, who are also professional and well trained to match to your project.