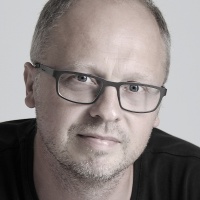 Ann has a very flexible voice which allows her to play different ages while keeping a touch of intensity. She can handle divers and colorful projects in Flemish.

Ilari offers you his voice in Dutch of the Netherlands. His low pitch reveals the depth to your message or it can give personality to a narration project or an audio guide for instance.

Bart’s voice can be clear and light, sober on a neutral tone, or quite powerful and deep. It is a choice to consider for any project you may have in Flemish.

Dutch is the language spoken in the Low Countries, or Netherlands. It is also spoken in Belgium, in the southern part of Sint Marteen (which is part of the Kingdom of the Netherlands) and Suriname. It is the first language of 24 million people, which is relatively few... But among the Germanic languages, it is the third most spoken after English and German. Sometimes it is also considered to be between these two languages, because they come from the same ancient dialects and evolved more or less along History.

Dutch has many various dialects, depending on where it is spoken but here, we will focus on Standard Dutch and Flemish. Netherlands and Belgium founded the Dutch Language Union in 1980, an international institution dedicated to matters of language, such as status of dialect versus standard language. Dutch, as spoken in the Netherlands, is considered as the “Standard Dutch”, while Flemish is considered as a local dialect. Actually, it is the group of all varieties of Dutch spoken in Flanders, which includes the northern part of Belgium, Dutch Zeelandic Flanders (in the south-west of Netherlands) and French Flanders. Flemish and Dutch are really close, but that does not mean they are always mutually intelligible. Audiovisual content in one of these languages is often translated into the other to be understood, through subtitles or dubbing.

Make sure to choose wisely between a Dutch or a Flemish voice over, depending on which audience you want to reach with your project. To help you finding the right voice actor, we have selected both Dutch voice overs for the Netherlands and Flemish voice overs for Belgium or Flanders. You can trust our voice talents for professional interpretation, with our guarantee of the best sound quality, delivered as soon as possible.