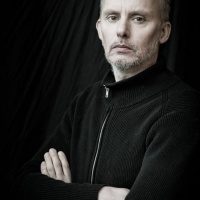 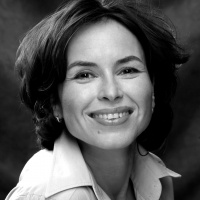 Timo’s deep pitch allows him to get a straight and sober tone or a convincing and confident one, but also sensual or nostalgic. His voice is versatile and has personality at the same time.

Stefan’s voice is flexible, toward a high or low pitch, to adapt to all kinds of projects such as e-learning, documentaries or TV commercials.

Nadja has a soft voice, slightly low pitched but sounding young at the same time . Her voice is perfect for a calm and relaxing atmosphere or to play characters with intensity.

German is the most spoken language in European Union, with 100 million speakers. It is obviously the official language in Germany, but also in Austria, Switzerland, Belgium, or Liechtenstein and Luxemburg. Up to 16% of the European Union’s population speak German. It is also a commonly used in Denmark, in some parts of France, Czech Republic and Slovakia and minorities of Poland and Romania.

Among the many accents and Alemannic dialects of German, the way spoken in Germany remains referred to as the standard language. Actually, the difference is sometimes made between several forms spoken in Germany such as High German, Middle Low German or Low German. There are many more diverse dialects, attached to specific eras and times, but all are converging nowadays toward what is known as “Standard German”. It originated as a written language rather than as dialect from a specific region, and it is currently spoken all over Germany and understood in other German-speaking countries

Therefore, it is the option to consider for a voice over, if the project aims to be understood by any German-speaker, as for the German version of a corporate movie for instance. For teaching German as well, through e-learning for example, a voice actor from Germany is relevant. This is the reason why, among our German speaking voice talents, most are from Germany and all are native speakers. Trust them with your project to get a standard German voice over, with our guarantee of professional sound quality.