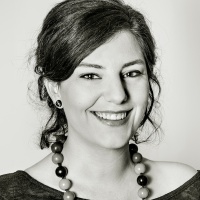 Rosor has a medium pitch and relatively neutral voice, allowing her to match easily with a wide range of projects! Such as commercials, IVR or corporate movies.

Manuel offers you a young voice, to give all your projects a natural and light tone. He is also able to change his voice to play different characters.

Jose’s voice is deep and confident, exactly what you need to make your message convincing. It can also get soft and reassuring depending of the needs of your project.

Spanish is one of the world’s most spoken languages, with over 400 million native speakers. Actually, Spain has 5 different co-official languages: Castilian, Catalan, Basque, Galician and Aranese. But here we are focusing on Castilian, which is the only official language on the whole territory, among the five Romance Languages. It is also Castilian that is usually referred to as « Spanish » in the majority of American countries, where it is spoken.

Among the many accents and pronunciations Spanish can have, the difference will most of time be made between the accent from Latin America and the Spanish from Spain (or from Europe, in contrast to America). None of these two accents is really considered as a standard rather than the other in all Spanish speaking countries or internationally: Quite often, when content is translated you can find a version in Latino-American Spanish and one in European Spanish.

On the other hand, among all the different accents found in South America, Central America and Mexico, there is a standard. It is the Colombian accent that is considered as the neutral Spanish spoken in South America.

Go on and choose among our voice actors who are native speakers and be sure to get the perfect Spanish you want, with European or Latino American accent. No matter what type of project you wish to record in Castilian, our voice overs will know just what tone to use for the perfect match: straight, natural or acting. Our Spanish voices will adapt to your needs with our guarantee of the best sound quality and delivery in the right timing.